In March of 2002 six adept musicians decided to unify their diverse musical influences and ideas in one formation called AEVERON.

Soon it became apparent that the created pieces could hardly be assigned to one specific musical style.

But since the so called “stereotypical thinking” has become indispensible even in the music scene, AEVERON consider that the term “Melodic Sweden Death”
seems to be adequate as an orientation.

Matthias and Alex leave the band due to personal reasons.

Release of the Album “Impending Doom”

Release of the new record “Existential Dead End” through Battlegod Productions from Australia (release end of September/beginning of October) Aeveron are welcoming Alex on the second guitar.

Breakup with lead guitarist Kay due to personal misunderstandings.

Release of the EP “The Ancient Realm” (through CastaMere Records, no deal though) on the 25th of December 2006 incl. concert.

Aeveron could finally find the long looked-for and competent substitute on the 6-stringed harp in Matthias.

Participation in the countrywide “METALIUS Bandcontest” In the end AEVERON were able to defeat 79 contestants and were confirmed as the official winner on the 15th of February 2006. Jury: Nuclear Blast, Century Media, Metal Blade, Alex Krull from Atrocity, Andy B. Franck from Brainstorm, Rob from Born from Pain, Gerre from Tankard, Niko and Torsten from Dark Suns, Legacy magazine and the DONG open air crew had a 50% influence, and the votes of selected METALIUS editors as well as the internet voting both had a 25% influence on the overall rating.” g The prize SHOULD officially contain: • one week (23.02.-01.03.06) at the “Soundshake Studios” in Wunstorf/near Hannover • to record four songs + photo shooting • production of a video clip (02.03.-08.03.06) • mixing and mastering of the recorded material by Andy Classen until the end of March 2006 • pressing and distribution of the CD via Century Media Records • participation at the “Dong Open Air” in July 2006 . The prize REALLY contained: • 4! days (25.05.06 – 28.05.06) at “Soundshake Studios” instead of the announced 7 days • NO utilizable mixing of the recorded material, therefore • NO mastering by Andy Classen, consequently • NO produced CD and thus no distribution via CMRds • Furthermore: NO video clip • NO photo shooting • as well as NO gig at “Dong Open Air” because it was absolutely impossible to cooperate with the organizers con- cerning the schedule. CONCLUSION: Hands off!! Absolutely dubious and unprofessional!!

Release of “Construality” (through Northern Silence Productions) on the 30th of October 2004 incl. concert

Aeveron recorded and released their self- produced first demo CD “Demo 2003”, which, besides receiving positive acclaim from the metal press, also provided them with numerous club and festival gigs across the eastern part of Germany.

×
Update Required To play the media you will need to either update your browser to a recent version or update your Flash plugin. 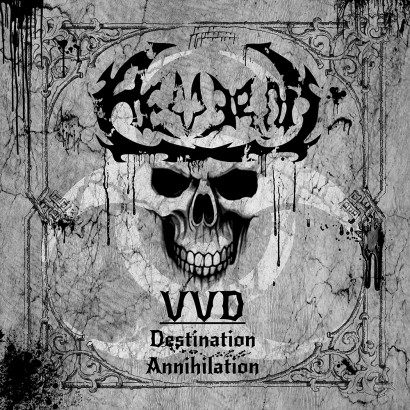